Vice President Naomi Rainey to receive key to the city 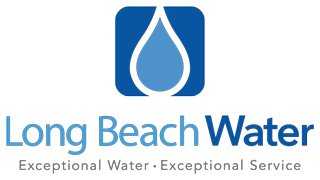 VICE PRESIDENT NAOMI RAINEY TO RECEIVE KEY TO THE CITY

LONG BEACH, CALIF. (DEC. 8, 2022) — Board of Water Commissioners Vice President Naomi Rainey will receive one of outgoing Mayor Robert Garcia’s final keys to the city in honor of her contributions to the Long Beach community. 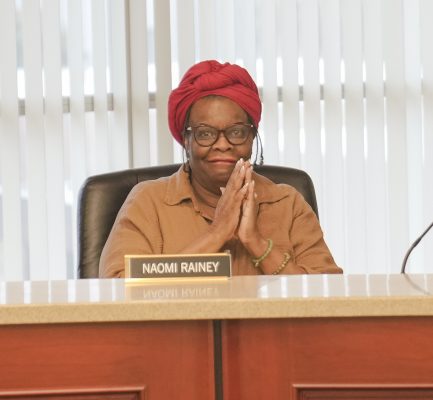 Rainey is an award-winning educator, philanthropist, entrepreneur and civil rights activist and a sought-after diversity, equity and inclusion consultant.

She has dedicated most of her life to serving Long Beach, including her work at Bay Shore Community Congregational Church, contributions to police reform, and advocacy for marginalized communities during the COVID-19 pandemic.

“I am humbled and honored to be recognized for my service,” Rainey said. “My community means so much to me and I have been proud to dedicate my life to my city and to helping those who need a voice and a social justice advocate.”

In 2020, Rainey became the first African American woman appointed to the Long Beach Board of Water Commissioners. She was appointed vice president in 2022, marking the first time in the Board’s history that the positions of president, vice president and secretary have all been held by women.

In her time as a water commissioner, Rainey has worked to help shape Long Beach Water’s drought resilience strategy, enhance conservation outreach and education, and ensure the reliability and longevity of Long Beach’s water and sewer infrastructure.

In the coming months, Rainey and fellow commissioners will play a vital role in establishing Long Beach Utilities, a new department consolidating the city’s water, sewer and natural gas services.

“Naomi is incredibly deserving of this honor,” Board of Water Commissioners President Gloria Cordero said. “Her dedication to our community speaks volumes and it is a privilege to work alongside her to protect our precious water supply and ensure a sustainable future for our kids and grandkids.”

Rainey has been actively involved with the National Association for the Advancement of Colored People, or NAACP, since the age of 14, serving as president of the Long Beach Branch since 2000. She was named the third vice president of the California/Hawaii State Conference NAACP in 2022.

Under her leadership, the Long Beach NAACP has achieved many significant accomplishments, including helping to establish the Mental Evaluation Team at the Long Beach Police Department after the 2002 officer-involved shooting of a mentally ill woman.

In her 30-plus year career as an educator and administrator in the Long Beach Unified and Compton Unified School Districts, Rainey served in various roles and ultimately became Long Beach Poly High School’s assistant principal. In 2009, she was appointed by Gov. Arnold Schwarzenegger to the California Advisory Commission on Special Education.

Rainey has served on many volunteer boards and commissions and received special honors and recognition for her efforts, including Cancer League Hero of Long Beach, Soroptimist International Woman of the Year – Education, California Conference for Equality and Justice Humanitarian Award and the City of Long Beach Martin Luther King Jr. Peacemaker Award. She has also been recognized as both Teacher and Administrator of the Year.

As a proud CSULB alumna, she has been a longtime supporter and benefactor. The Rainey-Pierson Trust has awarded more than $1 million in scholarships. And in 2012, Residence Hall C in Hillside College was renamed The Naomi Rainey House in recognition of Rainey’s dedication to the university and its students.

Mayor Garcia will present the keys to the city at a ceremony in the City Council Chambers on Tuesday, Dec. 13. For more details, click here.